The La Plane quarry exploits a very hard conglomerate of siliceous cement known as Vert de Salvan or Vert des Glaciers, present to the east of the tiny village of Granges in a difficult-to-access place on the hill between the village of Salvan and the Gorges du Trient. In 1978, a small marble masonry obtained permission to exploit the quarry for the first time, however old ornamental items show that the conglomerate was exploited well before that. Capinat acquired the exploitation rights in 2011 after proposing a new method of access to the quarry (via a tunnel).

Detrital sedimentary rocks formed around 290 million years ago, this stone dates from before the formation of the Alps. Also called “Vert des Glaciers”, the stone has been used in the construction of many buildings in Switzerland and Germany. Due to its incredible resistance to frost and sunlight, this stone has several different uses, such as in fountains and works of art. 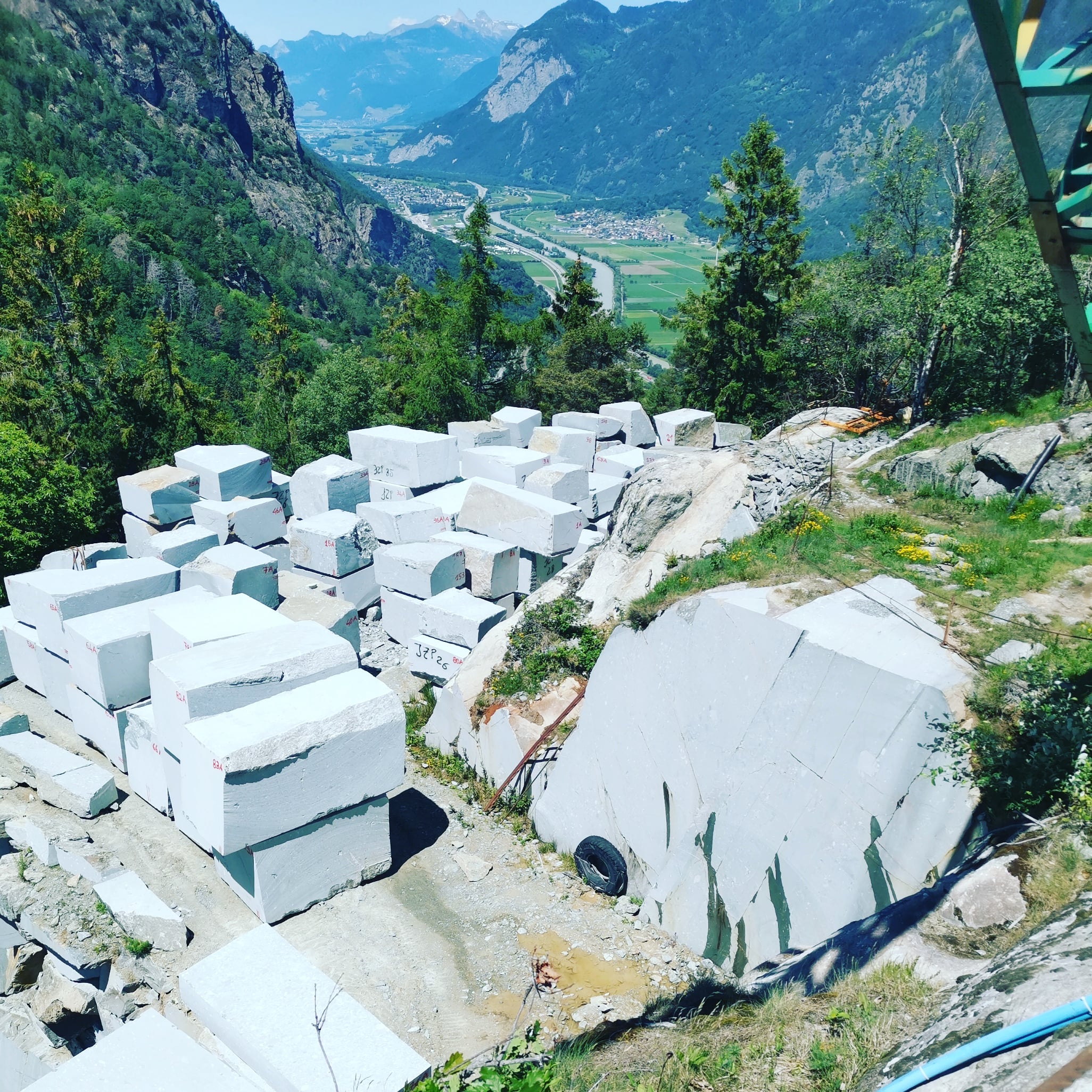